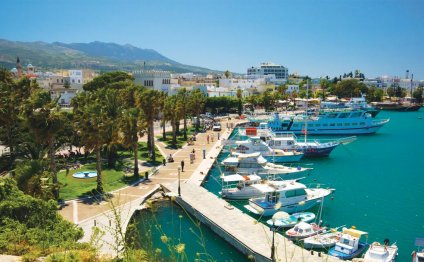 Greece is literally a vast archaeological site. As the country was already inhabited from prehistoric times, traces of human civilization can be found everywhere, in all corners of the land. It is worthy of note that in Kavala for example, many apartment blocks on the seafront have ancient walls incorporated into their construction. The past penetrates forcefully into the present and the future, creating a precious, indelible ‘patchwork’.

The major archaeological sites in Greece every year attract hundreds of thousands of visitors. People from all over the world come to see at close hand the origins of western civilization and to feel the power and vitality exuded by these sites. Constant care is taken by archaeological services and support services, so that one has access to the whole range of information and can pleasantly enjoy the tour.

The major archaeological sites in Greece seem to stand outside and beyond the reaches of time.They have been recognized as cradles of humanity and the excitement one feels when strolling along their ancient pathways is indescribable.

One of the most emblematic archaeological sites is that in Athens. The Acropolis, standing loftily on the rock of the same name, is a monument from the most illuminated period known in human history, the golden age of Athens. The unified archaeological sites around the Acropolis, the Agora and the Areopagus, the Hills and Municipalities of ancient Athens, Kerameikos, Hadrian’s Library, the Roman agora, the Olympieion, Hadrian’s Gate, the Kallimarmaro stadium, are filled with the echoes of great philosophers, orators, artists and scientists. Ancient Athens towers agelessly and sublimely over the heart of the modern city.

The city of ancient Philippoi in Macedonia was a great cultural centre. Archaeological excavations have brought significant monuments to light. The Acropolis of Philippoi, the theatre, the agora, along with fine early-Byzantine churches, the Octagon, the palaestra, are spread over a huge area in the shadow of Mount Pangaion. A short distance away stands the famous Orthopetra (Upright Stone) towering enigmatically over the Krinides plain. It is thought to be a prehistoric construction, later engraved with Latin characters by the official Vibius Quartus. Near Orthopetra lies the prehistoric settlement of Dikili Tash, one of the most important in the Balkans.

Delphi, in the heart of Mount Parnassus in Central Greece, was believed by ancient people to be the omphalos (navel) of the earth, the centre of the universe. At the point where the oracle of Delphi, the most important in antiquity, lies, there used to be a prehistoric shrine dedicated to the great earth-mother ‘Gaia’. The place exudes power and mysticism. Nature, with the rustling of the age-old trees, the commanding view and the mythical significance of the oracle give visitors the impression that they have lifted the veils of time and are standing at the beginning of the world.

Epidaurus, with the magnificent theatre and the significant temple of Asclepius, famous Mycenae and Tiryns, as well as the archaeological sites of Ancient Messini and Mystras are some of the most brightly shining archaeological treasures of Peloponnese.

In Olympia in the Peloponnese beats the heart of the Olympic Games. Every four years, just as in antiquity, disputes among men give way to noble rivalry. The great shrine of Olympia was once home to the chryselephantine statue of Zeus, named as one of the Seven Wonders of the World. The area was inhabited from at least the 3rd millennium BC. The city was a major spiritual, medical and religious centre; since 900 BC thousands of visitors have flocked here. The complex of buildings brought to light by excavations is stunning: the Doric temple of Zeus, the Philippieion, the stadium and the gymnasium present a picture of classical Greece.