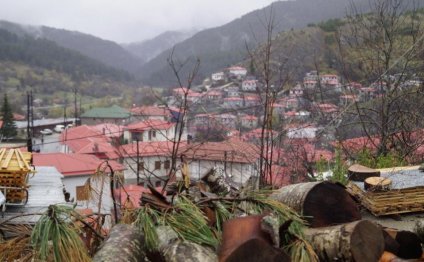 Pulling in more than 13 million tourists every year, Greece is one of the world’s most popular holiday spots. And it’s not hard to see why. Spotless sands, centuries of history, and traditional sugar-cube towns are just the start of what the country has to offer.

The biggest of the Greek islands is Crete, which boasts 650 miles of coastline and some impressive historical sights. Corfu – AKA the Emerald Isle – is known for its lush interior. Rhodes, meanwhile, gets the prize for the best sunshine record in these parts. As for Kos and Zante, they do a great line in beaches and have impressive after-dark scenes.

Santorini, Mykonos and Skiathos have all put a cosmopolitan gloss on the classic Greek combination of sun, sea and sand, while Kefalonia and Skopelos offer up beautiful beaches and laid-back towns. Thassos and Samos like to stay out of the spotlight – the beaches here are footprint-free and cypress trees are the only high rises you’ll find.

If you want to stay on the mainland, consider Halkidiki or Parga – they’re great springboards for exploring the rest of the country.

The Ionian Islands are clustered together just off the west coast of mainland Greece. While each island has its own personality, they all tick off great beaches, spectacular scenery and textbook Greek towns.

The South Aegean is one of 13 building blocks that make up Greece. The region stakes its claim on an area of the Aegean Sea on the south east of the Greek mainland, and it wraps its arms around the islands of the Cyclades and the Dodecanese.

Crete subscribes to the bigger is better school of thought. Not only is it the largest of the Greek Islands, but it’s the 5th biggest island in the Mediterranean Sea – Corsica pips it to the 4th place post by just a few hundred acres.