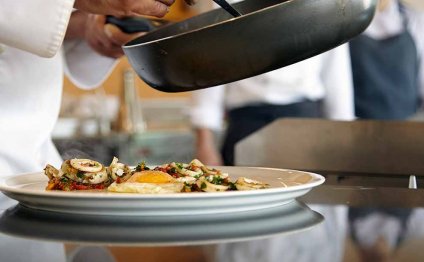 The European Central Bank’s Governing Council has lifted the waiver of minimum credit rating requirements for greek government bonds which, until yesterday, had allowed banks to use them in normal ECB refinancing operations despite the fact that they did not fulfil minimum credit rating requirements. The suspension of the waiver was justified on the basis that currently the ECB deems it “not possible to assume a successful conclusion of the programme review”.

The liquidity risk may be substantial. As of December 2014 Greek banks were borrowing about 56 billion from the Eurosystem facility. As collateral, they were pledging only a limited amount of government bonds (which were benefitting from the waiver that has just been removed). The latest available data from the bank of Greece in fact show only 12 billion of Greek government securities on the asset side of Greek banks.

Considering the limitations on the use of Treasury Bills (T-bills) in refinancing operations, Greek banks could have used at most 8 billion of government securities as collateral for their eurosystem borrowing. The rest, as very clearly explained by Macropolis and Karl Whelan, was collateralised using European Financial Stability Facility bonds (ESFS bonds) and the so called “Pillar II and Pillar III” instrument, such as uncovered government-guaranteed bank bonds. These Pillar II and III instruments – amounting to about 25 billion – were due to become ineligible for refinancing operations from 1st March 2015 anyway, but would still work for Emergency Liquidity Assistance (ELA) funding (although more expensively).

The removal of the waiver effectively means that the amount of Eurosystem borrowing that was collateralized with Greek government bonds (about 8 billion) would need to be migrated onto the ELA facility. As said, this would also be the case for the amount that is collateralized with Pillar II and III instruments, from 1st March. The EFSF bonds will likely remain eligible as collateral for normal operations.

The ECB statement made clear that liquidity needs of banks that were to have no “sufficient alternative collateral”, can be satisfied by the national central bank via ELA, which means greek banks would not be cut off. But there are two important things to notice.

First, liquidity needs could grow exponentially if Greek depositors were to be scared by this development and their withdrawals were to increase. Data from the central bank of Greece show a deposit outflow of 4 billion in December, and market estimates suggest a potential additional outflow of 11 billion at least during January, in the run up to the elections. Considering the sensitivity of Greek deposits in the past, and the precedent of Cyprus, outflows could grow substantially and banks’ liquidity need with them. New rules introduced in 2013 state that for ELA operations beyond 2bn, the Governing Council may decide to set a threshold. Under the new rules, migrating borrowing from regular eurosystem facilities to ELA strengthen the ECB oversight on it and introduces a very powerful trigger.

Second, increasing ELA to Greek banks will be very controversial and possibly difficult, if it were to become obvious that the additional funds are used solely to roll over massively the government T-Bills that come to redemptions in February and March. Actually, even the present amount of ELA could be at risk. Questioned over the Greek banking system on BBC Newsnight, the new Greek finance minister stated that the “disease” in Greece at the moment is that over the last five years “a problem of insolvency has been dealt with as a problem of liquidity”. It is unclear whether the statement was referred to the banks or the country itself, but either way it could put the ECB in a very complicated position when reviewing the ELA, as it amounts to an admission that the banking system is either insolvent or that it is partly using as collateral the debt of an insolvent country. This, is not compatible with the Eurosystem rules and it must be pointed out that since 2015 the ECB has also its credibility as supervisor – on top of its credibility as a monetary authority – to protect.

But even if the liquidity consequences could be manageable, the political consequences could be less so. The ECB – which, according to European Court of Justice’s advocate general, should not be in the Troika – is unilaterally declaring that a successful conclusion to the Troika review cannot be “assumed”. The sudden character of this move may appear puzzling at first, but in fact it reveals the uneasiness of the ECB in its hybrid and ill-designed role. Given the recent positions of the Greek government, the Eurogroup – which is due to discuss the Greek situation next week – would most likely reach the same conclusion. If the ECB had let the politicians discuss first, and the Eurogroup had concluded that Greece is no longer under a programme, then the necessary conditions for the waiver on greek government bonds would have disappeared. The waiver would have anyway needed to be cancelled, with the difference that the trigger in that case would have been a political decision from the Eurogroup rather than from the ECB. The ECB’s preemptive move formally protects the central bank’s independence, but it also forces the political game of next week, well beyond the limit of a central bank’s remit.