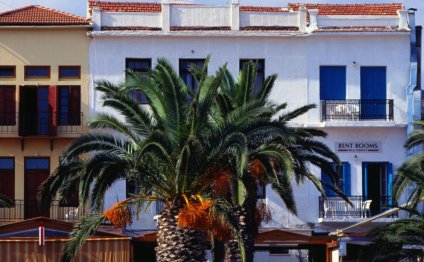 Getting Around Greek islands

Athens is the only city in Greece large enough to warrant the building of an underground system. Note that only Greek student cards are valid for a student ticket on the metro.

Most Greek towns are small enough to get around on foot. All the major towns have local buses, but the only place you’re likely to need them is Athens.

Taxis are widely available in Greece except on very small or remote islands. They are reasonably priced by European standards, especially if three or four people share costs. Many taxi drivers now have sat nav systems in their cars, so finding a destination is a breeze as long as you have the exact address.

Yellow city cabs are metered, with rates doubling between midnight and 5am. Additional costs are charged for trips from an airport or a bus, port or train station, as well as for each piece of luggage over 10kg. Grey rural taxis do not have meters, so you should always settle on a price before you get in.

Some taxi drivers in Athens have been known to take unwary travellers for a financial ride. If you have a complaint about a taxi driver, take the cab number and report your complaint to the tourist police. Taxi drivers in other towns in Greece are, on the whole, friendly, helpful and honest.

Mykonos | Getting around Mykonos with the bus

Rhodes Old Town, on the Greek Island of Rhodes

Experience traditional Greece on this relaxing cruise around the quiet coves and harbours of Evia Island. Join our captain…