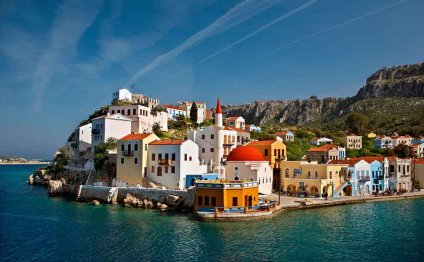 Greece on a budget

The Finance Ministry of Greece has published the preliminary budget execution bulletin for September, covering the first 9 months of the year. It reveals a decline in the primary surplus, compared to the over performance recorded in recent months.

While it has to be stressed that the targets considered in the budget execution bulletins are still those from the old 2015 budget (not the new targets under the new programme), this development is nevertheless an interesting reversal of previous tendencies.

The cumulated state budget balance for the first 9 months of the year presented a deficit of 1.9 billion, against a target deficit of 1.4 billion. The state budget primary balance for January – September 2015 remains in surplus, but came in at 3.1 billion against a target surplus of 3.6 billion. Primary surplus overperformance had already eased in July and August, but September has shown the worst reading of primary surplus against the target since February (figure 1).

Revenues for the month of September fell back below expectations, reaching 3.5 billion euros, i.e. 762 million or 18% lower than the monthly target. On a cumulative basis, total revenues for the period January-September 2015 stood at 34.3 billion euro, against a target of 39.2 billion. This means that cumulative revenues for the first nine months of the year are currently 4.9 billion below target, and that the significant shortfall observed in July is still weighing on the revenue side. The preliminary statement once again refers to missed ANFA (holdings by National Central Banks’ in their investment portfolio) and SMP (securities market programme) revenues, as well as to non-assessment or receipt of ENFIA (the new property tax) as explanation for part of the shortfall.

The underperformance of revenues and relaxation of expenditure control, which we started to see last month, put pressure on the Greek budget in September. For the first time since February, the primary surplus has underperformed against the target. It needs to be stressed, however, that the targets against which the Ministry of finance evaluate the monthly budget execution are still those in the 2015 budget, but they will soon be updated with the new targets set in the recently discussed 2016 budget document. Whether those targets will prove to be more feasible remains to be seen.