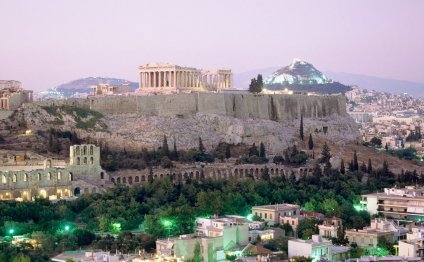 If you visited Athens before they hosted the Olympics in 2004, then you'll find it a very different city now. The historic centre, with cars banished, is more stunning than ever, and the regeneration going on in the lead up to the games hasn't stopped. So it's Europe's oldest city, but with so much gentrification, it's also one of Europe's freshest.

The Acropolis and the areas surrounding it have seen some of the most dramatic changes. Removing all the cars has made it cleaner, more open and more welcoming. So that the archaeological park has become more of a cultural and social hub again.

The Agora, heart of public life in ancient times, is still a wonderful place to start your visit. Admission to the Agora means you're admitted to the whole Acropolis, so that's the Parthenon, the Temple of Athena, the Erechtheion… Etc. They give you two days on your ticket.

Anafiotika is the neighbourhood on the northern slopes of the Acropolis hill, and it's worth exploring for the white washed houses and tiny 19th Century streets as you pass through to go to the old bazaar.

Pedestrianising great swathes of the city centre has helped deal with Athens' notorious pollution problem. And central areas like Gazi and Psyrri, which were clogged with cars previously, are now packed with cafes, restaurants and bars. Which suits the Athens lifestyle - one of making time to stop for coffee in outdoor cafes, and evening strolls and eating out late.

The gentrification in some areas has been led by the new galleries and leisure precincts opening up around town. Including the Benaki Museum.

If you're here on a Sunday visit the big flea market in Avissynias Square.

The public transport system also got an overhaul, as did the airport, so now it's a lot easier to get in and get around. Almost every hotel in the city got a facelift as well - dozens of shabby old drums reemerged as colourful, fun boutique hotels, which are now some of the best places to stay in Athens.

Athens is open all year round - it even has its own beaches where you can comfortably swim until the end of October. But it's at its best in autumn and spring.

For a view over the whole city venture up Mount Lycabettus. You can hike up or catch the funicular.

If you want to stay somewhere with a view of the Acropolis look no further than St. George Lycabettus. Book yourself a south facing room, or visit the rooftop pool for some really spectacular views of the whole city. Because it's in an upmarket residential area this is also one of the best places to stay in Athens with a family.

Thousands Rally in Athens for Greece to Stay in Euro Zone