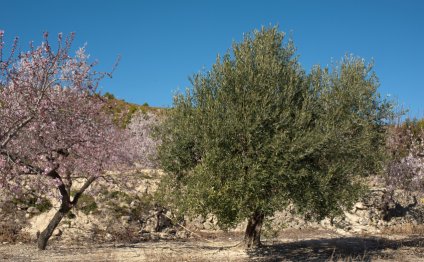 The ancient Greeks (mainly the ) were a unique people. They believed that individuals should be free as long as they acted within the laws of Greece. This allowed them the opportunity to excel in any direction they chose. Individuality, as the Greeks viewed it, was the basis of their society. The ability to strive for excellence, no matter what the challenge, was what the Athenians so dearly believed in. This strive for excellence was the method from which they achieved such phenomenal accomplishments. These accomplishments astound us to this day. They also believed in the balance of mind and body. Although many of them strove to become and, others ventured into . The two most important concepts which the ancient Greeks followed were found inscribed on the great shrine of Delphi, which read "Nothing in excess" and "Know thyself". This philosophy greatly impacted the Greek civilization.

was the intellectual center of Greece. It was one of the first city-states of its time, and is still world renowned as one of the most famous cities in the world. It was named after Athena, the goddess of wisdom and the city's patron. In 508 BC, Athens became one of the first societies in ancient times to establish democracy. Democracy came from the Greek words, demos, meaning people, and kratein, meaning to rule. This form of government was used at a meeting place which the Greeks called the Assembly. Here the citizens of Athens met monthly and discussed the affairs of state. There were no decisions made by government without first asking the Assembly.

The, dedicated to Athena, was the religious shrine and high fortress for the Athenian people. Its walls were built on a layer of limestone rock overlooking the city. Within these walls, the people of Athens built temples and buildings, the most famous, of which, being the Parthenon.

The Acropolis in Athens, Greece

is some of the most unique in the world. They were not only master builders and architects, they were also great lovers of art. Their artistic talents can be viewed through many different forms which have survived for centuries, such as architectural designs, sculptures, pottery, and fine jewelry.

At the, named after the god of wine, one of the greatest events of the year was performed. It was a religious festival held in honor of the gods. For ten days, Athenians filled the theatre to watch plays performed by their favorite poets and playwrights. They consisted of either three tragedies or three comedies followed by a short satyr farce. The actors were all men. Women were not allowed to participate. They wore large masks and elaborate costumes while performing both male and female roles. The cost for entrance to the theatre was two obols. Those who did not have the money to pay were allowed in at no cost.

The Theater of Dionysia

The were the greatest national festival for the Athenians. Held every four years, athletes came from all regions of Greece to compete in the great Stadium of Olympia and honor their supreme god, Zeus. The most important of the competitions was the pentathlon, where an athlete competed in five different events. At the conclusion of The Games, the winners were presented garlands and crowned with olive wreaths.

Entrance to the Stadium of Olympia


were required to serve two years in the military, one in the garrison and one in a border fort. After the first year, they were given a sword and a shield with the state's emblem on it. Although they served only two years, they could be called at any moment up to age sixty. The army consisted of horsemen and hoplites, footsoldiers. They were armed with swords, shields, and extremely long lances. Most wars between city-states were due to problems concerning harvests or livestock, sometimes only lasting a day or so. There was a truce called every four years in Greece in order for representatives of various city-states to compete in the Olympic Games.


Ancient Greece was one of the largest contributors to present-day civilization. Democracy, philosophy, astrology, biology, mathematics, physics, and the theatre are only a few of its contributions to us. Words and thoughts from great men such as Plato, Socrates, Pythagoras, and Aristotle are still taught in universities to this day. Cities which have withstood the powers of nature for thousands of years still stand for us to view in awe. This was a great civilization far ahead of its time, whose beauty and knowledge will live on for many generations to come.