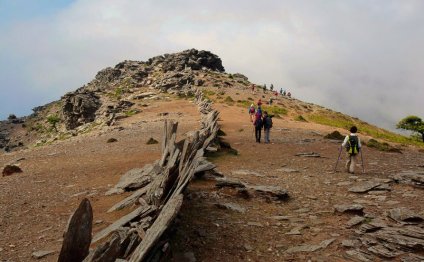 Skyscanner has already seen an increase in interest for flights to Greece. As hotels, restaurants and tourist businesses reduce their prices to attract more visitors, there’s great value to be found all over the country this summer which is helping to compensate for the lower value of the pound against the euro.

Many of the fifty-odd islands in Greece depend on domestic tourism, and it’s here that you will find the best bargains. These islands have kept their prices low, yet it’s the same sun that shines on them, and the same sea that hugs their coastlines. Greece travel expert John Malathronas reveals exactly where to head to get the very best value holidays right now.

So, if you want to stretch your euros and get a real bargain break in Greece this summer, try one of these excellent value islands.

The small island of Serifos, only two hours by catamaran from Piraeus, should be at the top of everyone’s list. Boutique hotels on Mykonos would quote €100 for a double room, ask for only €60 on Serifos. At the same time, the quality of the beaches such as Livádi is dizzying. Nearby Psilí Ammos was crowned European Beach of the Year by the Sunday Times in 2003. Throw in some of the most beautiful and romantic Cycladic architecture and some excellent nightlife, and you have an unbeatable combination.

Only two hours from Rafina, a port with direct links to the Athens International airport, Andros offers the same low prices as found on Serifos. Andros is an island that has been discovered by many Europeans who have bought summer houses there – but not by mass tourism. The short stretch between the port of Gávrio and the main resort of Batsí is home to four beautiful sandy bays each one more enticing than the other. Ághios Petros is brash and youthful; Chryssí Ámmos is the star attraction; Kyprí is long and shaded; while Ághios Kyprianos is small, sheltered and family friendly.

Package tour operators are only now turning their eyes to the volcanic island of Milos, which is connected by air twice daily to Athens. No wonder; Milos boasts no less than seventy-two beaches – some only reachable by small excursion boats – and its western half has been designated a nature reserve. Its occasional lunar landscapes, such as the stunningly white rock shapes of Sarakíniko, have made Milos one of the best kept secrets in the Aegean with many good hotels offering €70 for a double.

This Macedonian jewel was too obvious to miss. Although some package tour operators have already discovered Thassos, the majority of their clients haven’t. With a hotel and flights starting from €300 a week, this verdant island with its combination of fine-sand beaches such as Makríammos and shady pine woods is still an inexpensive destination for families, as much as it is a haven for a variety of bird life.

A Visit To - Greek Islands