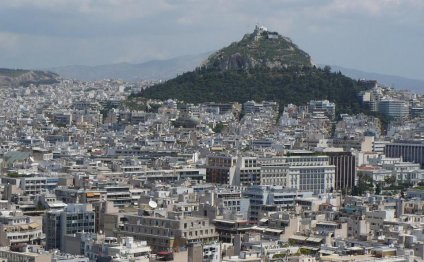 I stayed at Plaka Hotel for four nights this week. I stayed in Room 610, facing the Acropolis, which is a very narrow end room, but was fine for a solo traveler. I think I stayed in the same room as the previous reviewer, and in light of the size of the room, I don't think it would really suit more than one person staying there.

I'll admit, the view of the Acropolis from my room was great, but in hindsight don't think it was totally worth the money, considering that I could look up at it whenever I wanted when wandering around Plaka. In addition, the walls are VERY thin. I was lucky to not have neighbors every night I was there (either that, or they spent a lot of time out of their room) but one night I literally felt like I was in the same room as my neighbors - I think they were checking out late so they were running around, packing, chatting, dropping things on the hardwood floor, so it was very noisy.

I only had the breakfast one day. If you like all kinds of toast, you will be fine, but other than (fantastic) yogurt, I didn't find much to be edible.

Also, the rooftop deck - I have to admit it was kind of a disappointment. I went up there the first night I got in and that's it. Although, once again, the view of the Acropolis was fantastic, that was about it. It was pretty much a bunch of tables and chairs strewn about, with the only light at night being a florescent light coming from the service area, and no music. I think this area could be improved greatly at little expense. The gal working at serving drinks was very friendly, but I kind of felt like I was at a snack shack on the 9th hole of a golf course.

Lastly, I ended up paying an arm and a leg for wifi while I was there. I wasn't advised that I could buy a 24 hour chunk of time which was only 20 EU, and ended up paying 60 EU for less time than that (and the connection was very slow). I know, I know, you're probably thinking I'm on holiday, and why should I be spending so much time on the internet. But as a solo traveler, I wanted to keep in touch with back home, not to mention I find my laptop to be very useful when traveling to figure out what to do and where to go when I'm in a city I've never been in before. I mentioned the wifi charge when I checked out, and their attitude was 'too bad, so sad' and nothing else. It was also unfortunate that I didn't really find the desk staff to be very approachable for asking even simple directions.

All in all, the location is great if you want to be in the heart of Plaka, but when I return to Athens I'm certain I will stay outside of Plaka and pay less. The metro in Athens is so ridiculously simple and fast, I wouldn't think twice about staying in a less touristy area and save a chunk of money.