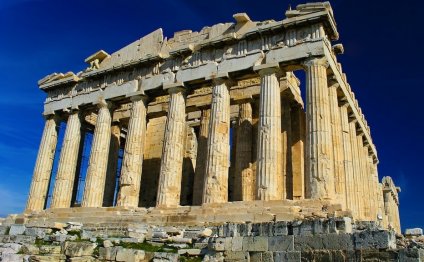 The Plaka is the oldest section of Athens. Most of the streets have been closed to automobile traffic, though you should still keep a watchful eye for a speeding motorcycle or delivery truck. At one time it was the nightclub district, but most of these closed down when the government out-lawed amplified music in the area in the seventies in an effort to get rid of undesirables. The strategy was very successful and it is now an area of restaurants, tourist shops, and cafes. Though it is quite commercialized it is still a neighbourhood and arguably the nicest neighbourhood in central Athens. Most of the restaurants are typical tourist places but the quality of food is not bad, you should have a few enjoyable evenings and not be unpleasantly surprised by the bill.

As for the tourist shops they are crammed full of stuff, some of it junk but plenty of interesting items if you feel compelled to bring back gifts to everyone you know. Most of the shops have pretty much the same stuff for pretty much the same prices but there are some that are more eclectic than others, selling antiques, hand painted icons, woodcarvings and paintings. If you wander around the Plaka you will find lots of other shops and even the regular tourist shops have amazing postcards that you can send home and make all your friends jealous.

There are lots of jewellery stores. Most of them buy from factories and have the same stuff for about the same price. There are a couple that are artist-owned which have hand-made original pieces and also copies of ancient museum pieces. Gold jewellery in Greece is inexpensive, not because the price of Gold is any cheaper but because labour is. But generally the pieces that are hand-made by the artists will have more value then the mass produced pieces of the same weight.

There are a few galleries like the Moraitis and there are several museums in the Plaka of special note the Children's Museum, the Music Museum, the Greek Folk Art Museum and the Jewish Museum, which is right at the entrance to the Plaka at Nikis and Kydatheneon streets.

What would a visit to Greece be without going to the Acropolis? You can take a tour or wander up there yourself but during the summer, whatever you do, unless it is overcast, go early in the day. It can get very hot up there and gasping for breath can detract from your ability to marvel at the greatest of all archaeological sites.

After climbing the steps you are at the entrance, or the Propylaea, which was completed in 432 just before the outbreak of the Peloponnesian wars, the main architect was Mnesicles, a colleague of Phidias. To your left is the Pinacotheca and a Hellenistic pedestal and on the right the tiny temple to Nike Athena or the Athena of Victory which commemorates the Athenians victory over the Persians. Supposedly this is the place where King Aegeus threw himself into the sea because he thought his son Theseus had been killed by the Minataur. But if this is the point he chose to jump into the Aegean then how good a king could he have been? The sea is miles away. If you are looking from the propylaea towards Piraeus on a clear day you can see ships waiting outside the port of Piraeus, the islands and the mountains of the Peleponesos beyond.

The Parthenon and the other main buildings on the Acropolis were built by Pericles in the fifth century BC as a monument to the cultural and political achievements of the inhabitants of Athens. The term acropolis means upper city and many of the city states of ancient Greece are built around an acropolis where the inhabitants can go as a place of refuge in times of invasion. It's for this reason that the most sacred buildings are usually on the acropolis. It's the safest most secure place in town. As little as 150 years ago there were still dwellings on the Acropolis.

The best time to go up there is the spring when even this stone mountain is not immune to the proliferation of grass and wildflowers which seem to burst from every crack.

The Erecthion sits on the most sacred site of the Acropolis where Poseidon and Athena had their contest over who would be the Patron of the city. Poseidon thrust his trident into the rock and a spring burst forth, while Athena touched the ground with a spear and an olive tree grew. Athena was declared the victor and the great city of Athens was named for her while Poseidon was given a small village in Syros after it was discovered he had merely ruptured a water main, (not really). The building itself contains the porch of the maidens or Caryatids, which are now copies, four of which have been placed in the Acropolis museum.

Even having seen a thousand photographs one is still not prepared for the immensity of the Parthenon. The building was designed by the architects Kallikrates and Iktinos as the home of the giant statue of Athena. It took 15 years to build and was completed in 438 BC and is probably the most recognizable structure in the world next to the golden arches of MacDonalds. From a temple it became a church, a mosque and finally as a storage facility for Turkish gunpowder. In 1687 the Venetians bombarded it from below. A cannon ball hit the gun powder and blew it up.

Below the Acropolis is the theatre of Herod Atticus built by the Romans in 161 AD and still used today for classical concerts, ballet, and performances of high cultural value. Further on is the Theatre of Dionysious the first stone theatre and home to Sophocles, Aeschylus, Euripides and Aristophanes. It was rebuilt around 342 BC by Lykourgos and then enlarged by the Romans to be used for gladiator fights.

Below the Acropolis is the rock of Areios Pagos. The steps are very slippery so be careful as you climb them, but once you do you won't want to come down (unless it is 100 degrees). You have a great view of the Agora, the Plaka, Monastiraki, Omonia and much of Athens. It's a great place to watch the sunset, or to come up at night with a bottle of wine and your true love, and watch the lights of the city.

Afterwards, continue back around the Acropolis and down the hill into the Ancient Agora below. Part of it is free and you can go through it to get back to Adrianou Street, or you can pay the entrance fee and walk the streets of ancient Athens.

You may notice at the entrance to the Acropolis and the paths leading up to it the licensed guides, who for around 30 Euros or so, will give you a tour so that you may leave the area more informed then when you got here.

The Monastiraki flea market is the place to be on Sunday's when it seems every Athenian is here either buying or selling. You have to get here early because after about 11am the crowd becomes impossible and if you want to take a break there are few tables available at the many cafes and restaurants in the area. You can wander around aimlessly or you can find someone who knows the flea market who can show you around if you are intent on buying something in particular.

Much of the flea market is not really a flea market. It is a collection of small shops of which most of them are tourist shops with the same stuff you will find on Adrianou street in the Plaka. These are open normal shop hours and you can come here anytime. But weekends and Sunday in particular is when it is like a third-world flea market with people selling anything from antiques to what you might call useless junk and it goes on forever, beyond Monastiraki and into Thission and Psiri.

The Acropolis (Akropolis) means city on a hill and dates from the 5th century BC. Dominated by its main temple, the Parthenon…

The apartment is spacious and beautifully decorated. It offers one bedroom with one double bed together with an electric…