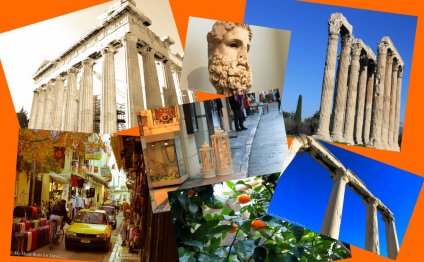 Must see Places in Athens

Athens - the oldest city in Europe and the birthplace of democracy - reveals its long and storied history through the remarkable remains of ancient monuments that are found throughout the city’s landscape. History and archaeology buffs will find no end to the appeal of Athens’ museums, relics and ruins. Visitors with a passing interest in the ancient world who want to experience the best of Athens, or those with a limited amount of time for sightseeing, will be satisfied with a handful of must-see places.

UNESCO, which inscribed the Acropolis as a World Heritage Site in 1987, calls the monuments of the architectural complex “universal symbols of the classical spirit and civilization.” The Acropolis overlooks the valley of Ilissos from the rocky plateau of a 511-foot hilltop, dominating the landscape of Athens. The four main monuments of the Acropolis are the Parthenon, a marble temple dedicated to Athena that is the largest Doric temple ever built in Greece; the Erechtheion, another temple; the Propylaea, the entrance to the Acropolis; and the smaller Athena Nike temple. They are all considered masterpieces of classical Greek art, and were constructed during the late 5th century BC, a time when the ancient city-state was also creating democracy. After wandering the ruins, learn more about their function and symbolism, as well as day to day life in ancient Greece, at the adjacent Acropolis Museum (theacropolismuseum.gr).

The National Gardens of Athens began as the private gardens of King Alexander, who bizarrely lost his life after being bitten by someone’s pet monkey while strolling the grounds. The 38-acre expanse of shady lawns, tropical foliage and duck ponds offers a pleasant contrast to its urban surroundings, which include the Parliament Building, the Tomb of the Unknown Soldier and the all-marble Panathenaic Stadium, which hosted the first modern Olympic Games in 1896. The stadium also marks the site of a stadium used in the fourth century for athletic competitions, and while under Roman rule, gladiatorial contests. The National Gardens include a small zoo, a botanical museum, a children’s playground and a network of pathways. After a visit in 1939, Henry Miller described the gardens as “the quintessence of a park.”

Fittingly, the National Archaeological Museum of Athens (namuseum.gr) houses the largest collection of ancient Greek artifacts in the world. Since its founding in the late 1800s, the museum has showcased antiquities of great historic, cultural and artistic value that have been excavated from all over Greece. The highlights of more than 11, 000 exhibits include bronzes from Troy, treasures from the royal tombs at Mycanae and preserved wall-paintings from Thera in the Prehistoric Antiquities collection; and a mysterious scientific device from the first century that was found on a shipwreck at Antikythera, which is now part of the Metalwork collection. Guided tours for groups and individuals are available in eight languages.

The Temple of Olympian Zeus, or Olympieio, is the largest of all the ancient Greek temples. Of the temple’s original 104 towering Corinthian columns, 15 remain standing. Within the 15-acre archaeological site are the temple, a 5th century AD basilica and the remains of some classical residences and Roman baths, as well as part of a fortification wall. Adjacent to the site is Hadrian’s Arch, named for the Emperor under whose rule in 132 AD the 700-year-long construction of the temple was completed.

Unexplored places in Asia - Must See Places Before You Die

Must see places in Istanbul – Part 1 | Do You Know Turkey

Top 10 must see places in Delhi