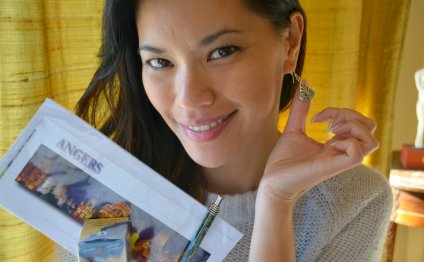 Marissa Tejada is an author, writer, blogger and an award-winning journalist based in Athens, Greece.

She is the author of the romantic comedy/contemporary women’s fiction novel, Chasing Athens which has reached the top 10 best sellers rank in several Amazon categories.

Marissa is also a journalist specializing in food and wine, technology and travel writing. She writes for which is the number one English language travel guide book in the world. She co-authored Fodor’s Greece and Fodor’s Greek Islands. She has contributed her work to CNN, Forbes Travel, Wine Enthusiast, GQ and IBM Midsize Insider-Reuters and more.

She also enjoys blogging for her travel photography blog, In 2015, she co-founded the first professional travel bloggers network in Greece called .

She is also a corporate blogger and has worked with major brands in the United States, as well as in Greece, to write blog and web content.

As an award-winning journalist, Marissa has worked across the United States as a television reporter and anchor in Florida, Washington State and Upstate New York. She has also worked in newsrooms in Los Angeles and London and managed high tech PR in San Francisco.