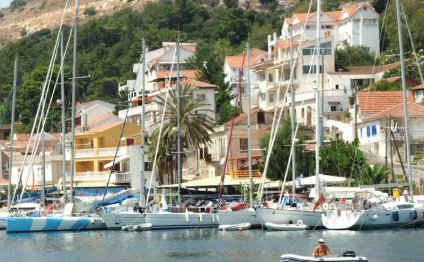 The first place on the list is occupied by Metsovo, with 89.64 points, which is closely followed by Imerovigli in Santorini, with 88.49 points. Third place is occupied by Galaxidi and the fourth by Kastraki in Trikala. The fifth top destination in Greece was Platis Gialos in Mykonos, with 87.43 points.

However, the list would not be complete if it did not include the Greek island of Ios, which occupied the sixth place and the main town of Astypalaia in the seventh. Naoussa on the Greek island of Paros came in eight, followed by Kamares on Sifnos and Lindos on Rhodes.

Apart from the top ten, the list also included numerous island destinations, both in the Aegean and the Ionian sea.

Crete of course, could not be left out of such a list. In total, Trivago’s survey included five high-ranked destinations on the Greek island, as well as cities in Peloponnese, such as Trikala Korinthias, Kardamili, Nafplion, Loutraki and Monemvasia.

Pulling in more than 13 million tourists every year, Greece is one of the world’s most popular holiday spots. And it’s not…

Greece has more than 200 inhabited islands, many of which are huge attractions for tourists. The beautiful landscapes and…