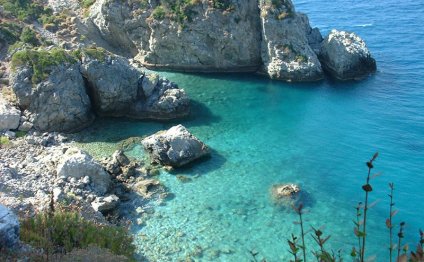 The family vacation, like the concept of family itself, has evolved. Kids are traveling with grandma or a single parent or an indulgent uncle (or all three). However you define your kin, this island-hopping itinerary is all relative.

From the windy to the calmer, isle-hopping in Greece is a great idea for a multigenerational holiday.

On the, an elegant sailboat that sleeps ten, captain Dave Sidwell teaches kids to snorkel or spearfish. Or try Incrediblue, a Greek start-up that matches would-be sailors with boat owners. It’s basically Airbnb at sea.

The regional capital, , is most travelers’ first port of call. Then set sail for ; mansions in every shade of peach line its horseshoe harbor.

Panormitis Monastery contains Byzantine and folk art, as well as a collection of bottles retrieved from the sea containing offerings to St. Michael, patron saint of sailors, that will spark the imagination of young seafarers. The monastery operates a wood-fired bakery where you can stock up on fresh bread.

Next stop:, a sleepy island with a smoldering volcano at its heart. Dock outside the fishing town of, then clamber up to the sulfurous crater, tiptoeing among hot springs puffing out smoke rings. It’s an easy hike for all ages. For white sand, cruise to the uninhabited island of nearby.

A sanctuary for over a hundred bird species (including rare Eleonora’s falcons), is a throwback to Greece before tourism. The town hall houses Stone Age fossils of dwarf elephants discovered in a nearby cave.

In the abandoned 15th-century village of Mikro Chorio, inhabited mostly by goats, a crumbling stone house has been converted into the island’s only disco, where teens can dance under the stars.

The final port is rugged , known for its windmills, antiquities, and lobster spaghetti. At Vathy, a hidden lagoon, hike over the headland to admire prehistoric rock carvings, then tuck into fried calamari at the only taverna.

On Kounoupes, two tiny isles connected by a strip of sand, collect natural sea salt by the handful, a savory memento of your trip.