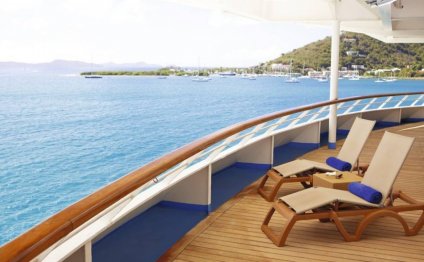 As a cruise region, the Eastern Mediterranean encompasses a broad range of territories that include the Adriatic coast of Italy and Croatia, the islands of Greece, Turkey's Istanbul and Kusadasi, and the Black Sea, which features ports of Turkey, the Ukraine (Crimea) and Russia. Some cruises dip down into what's called the Holy Land, with stops in Cyprus, Israel and - when it's safe enough to do so - Egypt.

This region is increasingly one of the most popular in Europe. Its blend of ancient histories and antiquities - along with more laid-back treasures, such as beaches and villages - offers a fantastic array of holiday options. . It's the kind of getaway that can appeal to almost everyone in a diverse group, from kids (who will love donkey rides in Santorini) to history buffs (who will go on and on about their stops in Ephesus).

The cornerstone ports for most Eastern Mediterranean voyages are the cities of Athens (served by the port of Piraeus), Venice and Istanbul. In other instances, cruise lines mix a bit of the Western Mediterranean with the Eastern and may start or end voyages in Rome (served by Civitavecchia), Barcelona or Genoa.

Generally speaking, most Eastern Mediterranean cruises set sail from spring through fall, with the summer high season hosting the largest number of sailings and people. (Prices are also generally higher, due to demand.) Summer's the time, as well, when the region gets hot, hot, hot. Spring and fall offer lower temperatures, better prices and fewer crowds.

Winter cruising in the Mediterranean has become more popular, particularly on European lines like MSC and Costa, because sunny skies predominate, and temperatures are moderate, ranging from the 50s to 70s instead of the 80s and higher. You won't have to jostle with peak-season crowds, cruise lines feature longer itineraries with more leisurely schedules, and prices offer more value for your money.