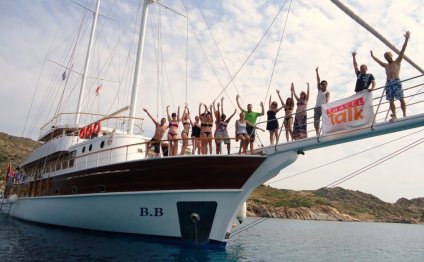 Some people spend their whole lives exploring the Greek Islands. Dramatic rocky landscapes, white sand beaches, even whiter villages, crystal clear waters, town squares where you can spend the evening at outdoor restaurants caressed by warm Aegean breezes. Really, what's not to like?

Here are four of our favorite best Greek Island escapes.

Near the mainland but a long way from stress, charming Spetses shows off its rich maritime heritage with stately merchants' mansions and the Old Harbor, busy with bobbing yachts and fishing boats. Relax on pines-scented beaches on one of the island's many coves.

Then again, if your idea of an island getaway involves sunbaking all day and dancing all night, Mykonos is the island for you. Over a couple of days or longer, soak up rays with Europe's beautiful people on stunning beaches like Elia and Paradise before heading back to Mykonos Old Town to catch the sunset from one of the Little Venice bars perched right on the water. Everyone eats late and parties even later, but you can always recover on the beach the next day! If all that hedonism is too much, see one of the most extensive ancient Greek ruins anywhere on nearby Delos.

For many people, Santorini is the ultimate Greek island, with its haunting volcanic landscape, cliff-hugging towns and gorgeous whitewashed, blue-domed churches. Beaches come in red, white and black, the sunsets in a range of colors which will take your breath away. Come for two days to see why this is such a celebrity magnet, or stay for four days and feel like a VIP yourself.

Of course history buffs have more than enough to occupy them in Greece. The island of Rhodes is covered in antiquities and later architectural treasures. Rhodes has its own Acropolis and other ancient glories like a stadium and theater, but the island was even more of a powerhouse in the Middle Ages, and it boasts the largest inhabited medieval town in Europe. Or escape civilization - ancient or modern - and tour the natural splendor of Crete’s Samaria Gorge, the longest and most beautiful gorge in Europe.

Odysseus, also known as Ulysses, was a legendary King of Ithaca. His fate was bound up in that of the Trojan wars started…