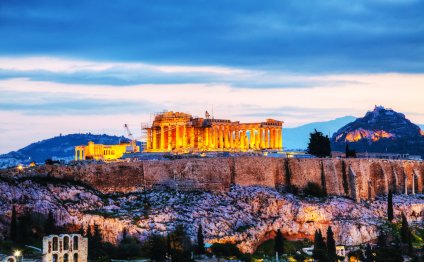 Athens' music scene first arrived with alt-indie sensations the B-52s and R.E.M. We've since launched Widespread Panic and the Drive-by Truckers. Today, the Athens music scene is as alive as ever, with hundreds of bands in all genres calling Athens home. No visit would be complete without sampling a bit of Athens' world-renowned music scene. Take an Athens Music Walking Tour, spend Happy Hour on the rooftop of the Georgia Theatre, then stay out late in the clubs.

Plan Your Musical Pilgrimage to Athens

From a few bands that started something different (The B-52's, Pylon, R.E.M., and Widespread Panic) and gave Athens national attention, there are now hundreds of active bands, over 10 recording studios, and several independent record labels. World-famous venues, such as the 40 Watt Club and the Georgia Theatre, continue to attract up-and-coming musical acts as well as old favorites.With jazz, classical, blues, country, and rock performances occurring on a regular basis, Athens provides one of the most diverse and affordable music scenes in the world.